Alexander Hamilton Elementary School is located in the most eastern part of Richmond and is a community school. The Hamilton neigbourhood is uniquely situated and is surrounded by agricultural lands that were mainly farmland at one time. The community is also located between the north and south arms of the Fraser river.  The community is 15 km away from central Richmond.

Considerable residential development started in the 1990’s and the City of Richmond has now revised the master community plan and further development is expected to double the population to 14,000 in the next fifteeen years. The school board is currently preparing a strategic plan to ensure the expected growth in student population can be accommodated with a further expansion to the current school or the construction of a second school in the community. The catchment area high school for Hamilton students is McNair Secondary School, which is 18 km to the west and students are bused to/from school.

The school is ethnically diverse and there are currently 370 students from Kindergarten to grade 7.  We have 140 students who report that English is a second language.  The school community has many cultural groups and there are 24 different languages spoken.

The current school was built in 1996 and expanded in 2010. In 2010, the Hamilton Community Centre (attached to the school) was expanded significantly.

The school and the community center work closely together given we share the gym, foyer and multipurpose room for various activities and events. The facility and surrounding park is centrally located and a gathering point in the community. 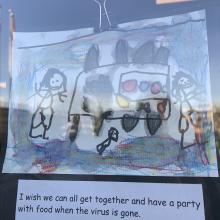 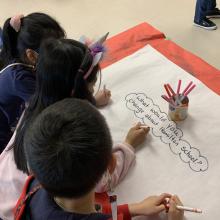 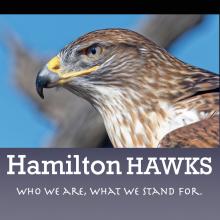 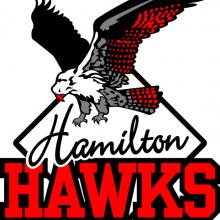 Soaring with H.A.W.K.S. to New Heights 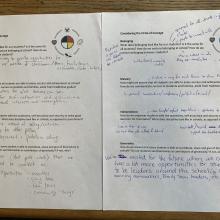 Reaching ALL of our students 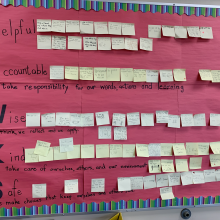 The Message in the Classroom 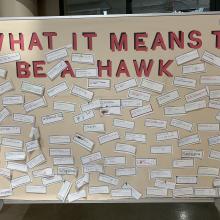 What it Means to be a Hamilton Hawk 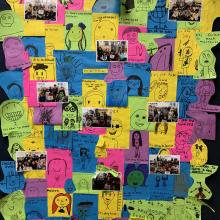 It's Okay to be Different